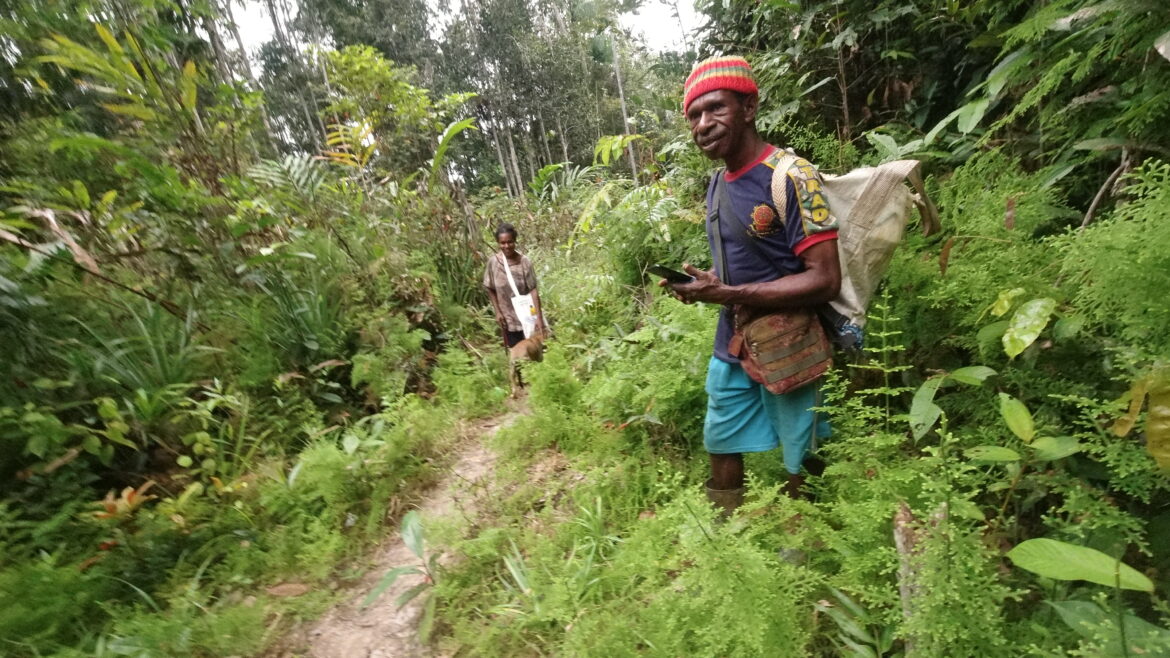 Jakarta, 22 June 2022 — Indigenous people from the Grime Nawa Valley, Jayapura, Papua Province, have long been haunted by the presence of the oil palm plantation company PT Permata Nusa Mandiri,  coming to their village.  The company, has cleared hundreds of hectares of forest without the approval of the wider community.

In early 2022, the Minister of Environment and Forestry issued Decree No.  01/2022 which revoked the concession permits of dozens of oil palm plantation companies in Papua, including PT Permata Nusa Mandiri (PNM).  The decision seemengly give new hope for indigenous peoples in Papua.

The task force’s tasks are to follow up on the revocation of mining business permits, borrow-to-use forest area permits, land use rights, and building use rights, which are based on the permit verification and clarification process from the company.

PT Tunas Agung Sejahtera and PT Permata Nusa Mandiri are the two companies that received permits for releasing forest areas under Minister Zulkifli Hasan.  He gave the release towards the end of his tenure as Minister of Forestry, who had been investigated for alleged corruption cases.  President Joko Widodo, re-appointed Zulkifli Hasan, who is also the chairman of the National Mandate Party, as Minister of Trade on 15 June 2022.

The three companies PT PNM, PT TAS, and PT MW, whose licenses were revoked, are subsidiaries of the Indo Gunta Group, whose shares and businesses are suspected to be owned and controlled by Anthoni Salim, Director of Indofood Sukses Makmur TBK, and the majority shareholder of Salim/Indofood Group.  a tycoon who controls the land and palm oil business in Indonesia.  Indogunta and IndoAgri have the same logo design.  This logo is a trademark of Indofood.  Several Indogunta and Indofood subsidiaries under IndoAgri also share the same office.

“The lawsuit will lengthen the path of the community’s struggle to reclaim their customary territory,” said Tigor Hutapea, a staff  of the Bentala Rakyat Heritage Foundation.  Tigor emphasized the importance of customary areas for indigenous peoples to be maintained as forests, which are useful as a source of food for indigenous peoples.

“The forest in Gime Nawa, and the surrounding area has a lot of potential.  Even the community has managed it as a conservation area based on indigenous peoples,” said Sekar Banjaran Aji, Forest Campaigner for Greenpeace Indonesia.  According to Sekar, if the presence of oil palm plantation companies is maintained, the biodiversity will be increasingly threatened and even extinct.